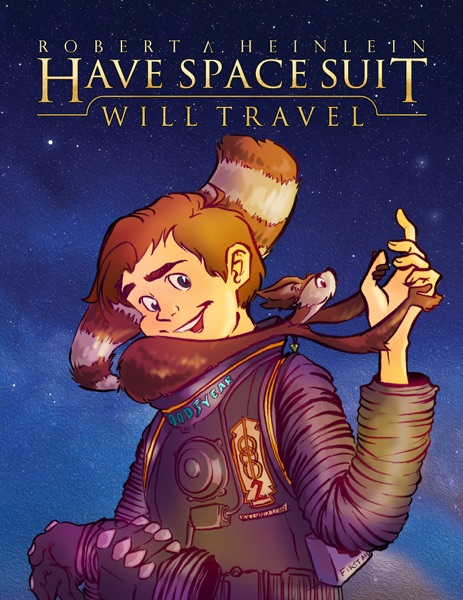 Kip Russell wants nothing more than to go to the moon. But after entering a contest to help realize his dream, he is thrust into a space adventure he could never have imagined—with the most unlikely of friends and enemies. A favorite among Heinlein readers.

“Not only America’s premier writer of speculative fiction, but the greatest writer of such fiction in the world.”
– Stephen King

“There is no other writer whose work has exhilarated me as often and to such an extent as Heinlein.”
– Dean Koontz

“One of the most influential writers in American Literature.”
– The New York Times Book Review

“Heinlein wears imagination as though it were his private suit of clothes.”
– The New York Times

“Heinlein… has the ability to see technologies just around the bend. That, combined with his outstanding skill as a writer and engineer-inventor, produces books that are often years ahead of their time.”
– The Philadelphia Inquirer

“One of the grand masters of science fiction.”
– The Wall Street Journal

Robert A. Heinlein (1907-1988), often called the Science Fiction Grand Master, was the author of such ground-breaking novels as STARSHIP TROOPERS, RED PLANET, STRANGER IN A STRANGE LAND and THE MOON IS A HARSH MISTRESS. He is generally considered the greatest and most influential science fiction writer of the twentieth century. In addition to being a bestselling author, Heinlein’s novels won 4 Hugo awards, 3 “retro Hugo” awards, and the first “Grand Master Award” from the Science Fiction Writers of America. www.virginiaedition.com, http://heinleinarchives.net