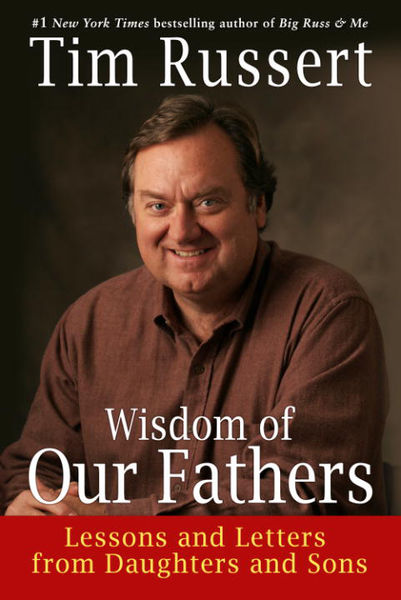 What does it really mean to be a good father? What did your father tell you, that has stayed with you throughout your life? Was there a lesson from him, a story, or a moment that helped to make you who you are? Is there a special memory that makes you smile when you least expect it?

After the publication of Tim Russert’s number one New York Times bestseller about his father, Big Russ & Me, he received an avalanche of letters from daughters and sons who wanted to tell him about their own fathers, most of whom were not superdads or heroes but ordinary men who were remembered and cherished for some of their best moments–of advice, tenderness, strength, honor, discipline, and occasional eccentricity.

Most of these daughters and sons were eager to express the gratitude they had carried with them through the years. Others wanted to share lessons and memories and, most important, pass them down to their own children.

This book is for all fathers, young or old, who can learn from the men in these pages how to get it right, and to understand that sometimes it is the little gestures that can make the big difference for your child. For some in this book, the appreciation came later than they would have liked. But as Wisdom of Our Fathers reminds us, it is never too late to embrace it.

From the father who coached his daughter in sports (and life), attending every meet, game, performance, and tournament, to the daughter who, after a fifteen-year estrangement, learned to make peace with her difficult father just before he died, to the son who came, at last, to appreciate the silent way his father could show affection, Wisdom of Our Fathers shares rewarding lessons, immeasurable gifts, and lasting values.

Heartfelt, humorous, engaging, irresistibly readable, and bound to bring back memories of unforgettable moments with our own fathers, Tim Russert’s new book is not only a fitting companion to his own marvelous memoir, but also a celebration of the positive qualities passed down from generation to generation.