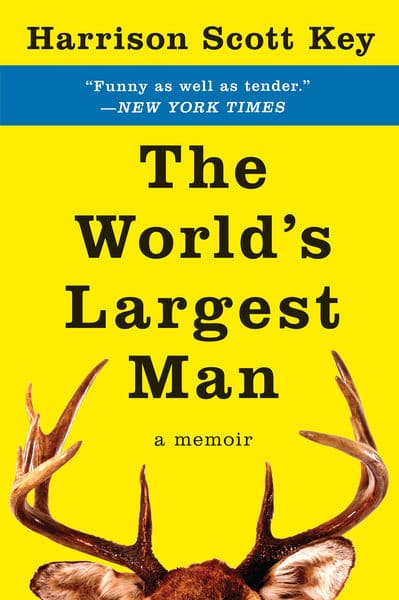 Winner of the 2016 Thurber Prize

The riotous, tender story of a bookish Mississippi boy and his flawed, Bunyanesque father, told with the comic verve of David Sedaris and the deft satire of Mark Twain or Roy Blount, Jr.

Harrison Scott Key was born in Memphis, but he grew up in Mississippi, among pious, Bible-reading women and men who either shot things or got women pregnant. At the center of his world was his larger-than-life father—a hunter, a fighter, a football coach, “a man better suited to living in a remote frontier wilderness of the nineteenth century than contemporary America, with all its progressive ideas, and paved roads, and lack of armed duels. He was a great man, and he taught me many things: How to fight, how to work, how to cheat, how to pray to Jesus about it, how to kill things with guns and knives and, if necessary, with hammers.”

Harrison, with his love of books and excessive interest in hugging, couldn’t have been less like Pop, and when it became clear that he was not able to kill anything very well or otherwise make his father happy, he resolved to become everything his father was not: an actor, a Presbyterian, and a doctor of philosophy. But when it was time to settle down and start a family of his own, Harrison started to view his father in a new light, and realized—for better and for worse—how much of his old man he’d absorbed.

Sly, heartfelt, and tirelessly hilarious, The World’s Largest Man is an unforgettable memoir—the story of a boy’s struggle to reconcile himself with an impossibly outsized role model, a grown man’s reckoning with the father it took him a lifetime to understand.